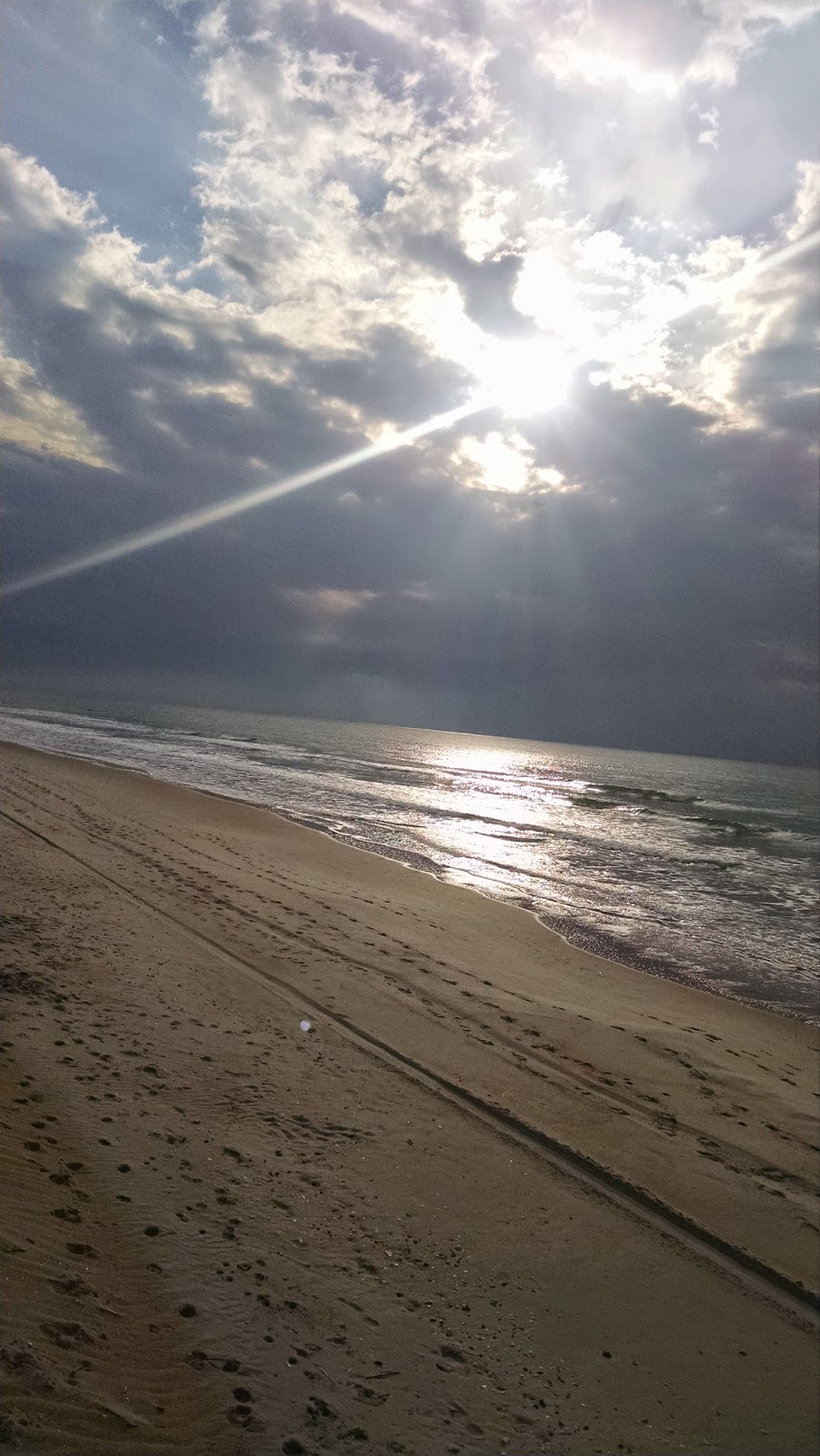 Around 7 am  today.
Below is an excerpt from my new book, WATERLOGGED. Would love some feedback from my readers. Not sure when the book will be out – still working on some parts.

It was typical springtime on Topsail Island, the weekend before Memorial Day, so it was relatively quiet.
One could still make a right turn at the light without waiting for several cars to go through – and one didn’t have to stand in line at a local restaurant until a table became available.
This time of year was referred to by most locals as the calm before the storm.
Shop owners sat on the stoops of their stores and waved at passersby and local folks walked along the roadside waving back to the store owners.
The fishing piers were not crowded either – not yet.
Fishermen smiled and nodded to one another as they cast their lines into the Atlantic. It was a friendly, wordless exchange – quiet is the mantra for the serious fisherman – even if that means never catching a fish.
Everyone knows that fishing isn’t all about catching anyway; it’s about respite from the rush of life – the connection between one’s self and Mother Nature.
Lines whirred through the stilled air; the clicks of bales being set could be heard among the calm spring day.
It was if the island was at a threshold – and it was. The weekend before Memorial Day is the last weekend before the flood gates open and tourists from all over the country descend like a multitude of seagulls scrambling for bread crumbs.