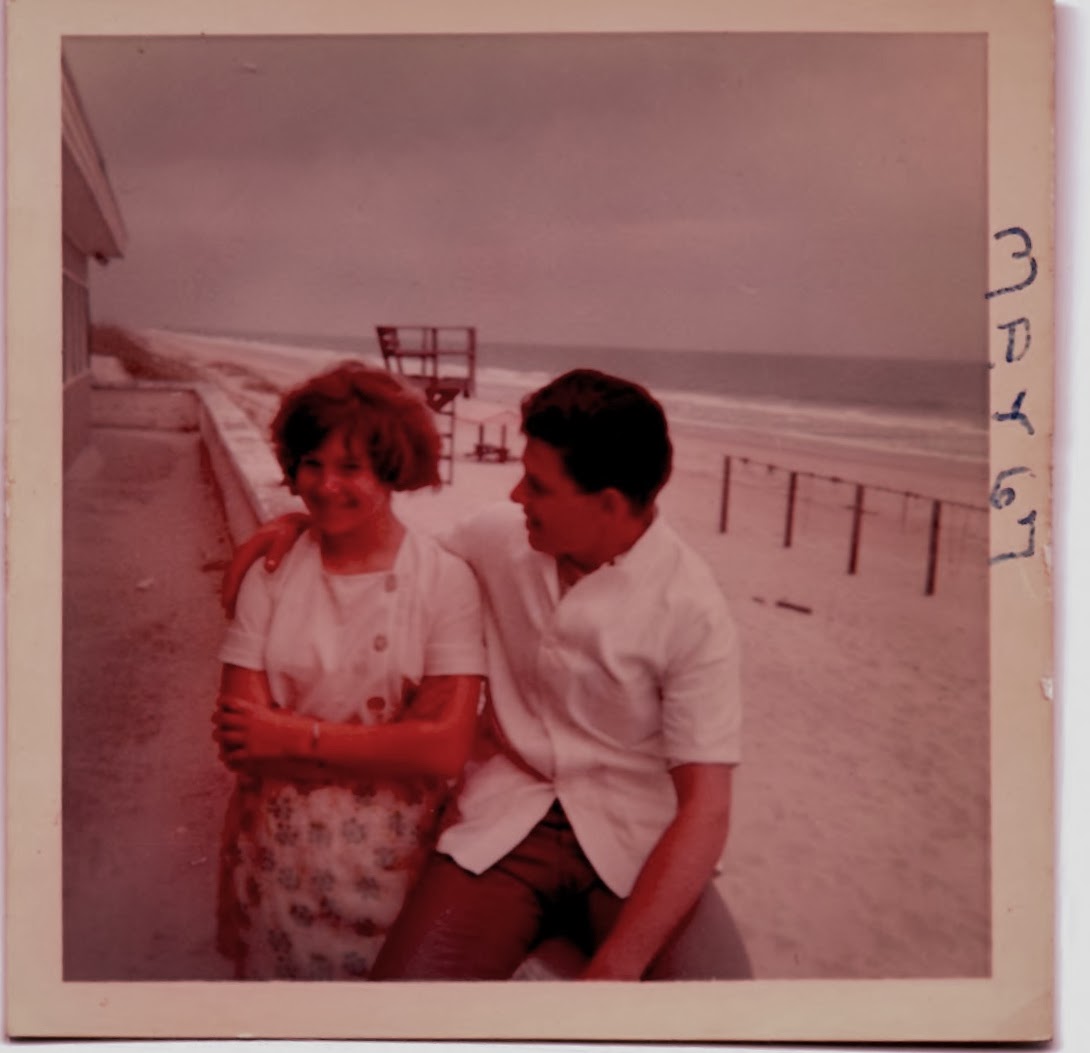 This is a picture of me when I worked as a waitress at Barnacle Bill’s. The young man with his arm around me is Roger Hanson, a young Marine from Camp Lejeune. I had a tremendous crush on him then. He and his friend Jimmy often came to my family’s house for dinner. They worked at BB’s and we used to have ketchup and mustard fights with the squeeze bottles. I often wonder what happened to those two wonderful guys. They treated me so well. Notice the swings, lifeguard stand and picnic table in the background – and if you look toward the end of the building you will see part of the concrete walkway that had been built during WWII.

Barnacle Bill’s had been the old officer’s club during the war. The pier was definitely the in place to be back in the day!!!!!!!!!!!!!!